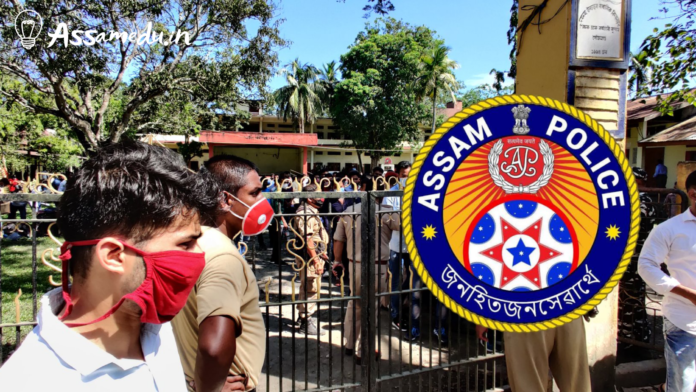 Assam Police SI Exam : The written test for Assam Police sub-inspector (UB) has been cancelled after a leakage of question papers on social media.

The State Level Police Recruitment Board (SLPRB) conducted written test in all the district headquarters of the state today.

Taking cognizance of the leaking of question papers, State Level Police Recruitment Board Assam Chairman Pradeep Kumar said, “We had to cancel the written examination following the leaking of the question paper. We were left with no other alternative. The leakage could not have happened without the involvement of certain police officers. We will nab the miscreants at the earliest.”

Kumar said, “We detected the leakage at around 12:15 PM. We immediately cancelled the scheduled examinations after detecting the lapses. The examination already started until then.”

Stressing that thousands of youths of the state were waiting for this examination as a rare opportunity, Kumar said, “We will not let tear down the dreams of the youths. We will assess the lapses and ensure a fair re-examination.”

According to the Chairman, the examinations, on Sunday, the examination was scheduled and started at 154 centres across the state and 66,000 candidates were appearing for it.

Kumar added, “The Whatsapp circulation of the leaked question paper contained filled-up answers. However, we are yet to detect in which particular district the paper got leaked first.”

Earlier in a circular, chairman of SLPRB, Assam stated, “It is also reiterated that the candidates need not pay any money any where during the entire process of recruitment. If anyone demands money at any stage of recruitment, a criminal case will be taken against him/her. If any candidate comes to know any such incident, the information may be given to the local police or to the chairman, SLPRB, Assam either on phone or through email- slprbassam@gmail.com. The identity of the informant will be kept secret.”